A real experience for all senses...

A RUN THROUGH THE DOLOMITES

The race starts from Corso Italia, in Cortina d’Ampezzo, the Queen of the Dolomites. After a couple of kilometres the route takes to the old railway track, slightly uphill on a dirt road, through galleries and bridges that seem suspended in mid-air. All this always with the Dolomites at the side, and up to Passo Cima Banche/Im Gemärk (1530 m, the highest point of the race), which separates the provinces of Belluno and Bolzano, the Veneto region from South Tyrol.

After 14 km, the route starts its descent towards the Landro/Dürrensee Lake, and after a while the Tre Cime di Lavaredo /Drei Zinnen, universal symbol of this place, come into view. Imposing and majestic, they are known all over the world for their charm and beauty. A few more kilometres before another beautiful spectacle, the alpine Dobbiaco/Toblach Lake, a sign that the finishing line is getting close.

After the forest, the first houses of Dobbiaco/Toblach become visible, and with the start of the last kilometre the dirt road is left behind. And then the arrival, in the beautiful park of the Grand Hotel, is just there. Here we are! The cheering of the public, gathered in high numbers to witness the event, marks the end of a beautiful and enchanting run.
"It was hard, but well worth it. Such an enchanting route; so beautiful that you forget how tired you are".
Gianni Poli 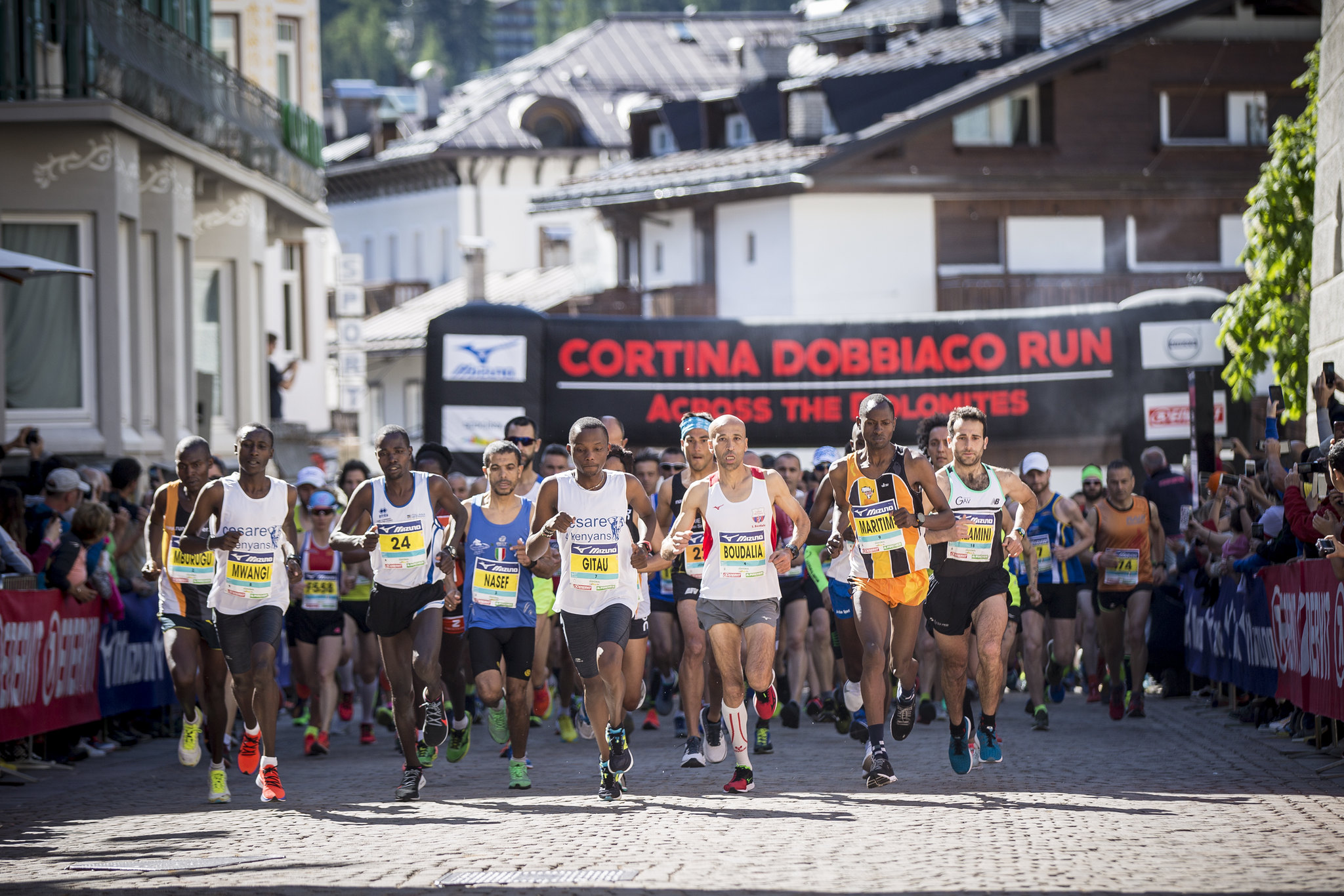 Although very popular with adults, F.O.R. believes that the run needs to be promoted amongs the younger generations. This is why, since its first edition the association has decided to have, together with the main race, runs specifically intended for children and teenagers, and adults that wish to take part in "The Dolomite Run", this healthy adventure amidst nature.